Back when I was playing clubs more regularly, I was having lunch with another (and better) DJ when he paused to listen to the latest weepy pop-diva track wafting over the tinny speakers.

"That's going to make a kick-ass mix," he said, diving back into his chicken mole.

Hence our three tracks today, which demonstrate this basic theory of music: there is no situation so sad that can't make you dance like crazy with a bitchin' bass line added.

Posted by North Dallas Thirty at 2:00 AM No comments:

Your Choice in Employment?

I do believe John's dream job has just become available.
Posted by North Dallas Thirty at 12:17 AM No comments:

I do so love when incompetents throw hissy fits over being kept out of the loop.

In a written statement, Mohamed ElBaradei, director general of the International Atomic Energy Agency, said the United States informed him Thursday that it believes the Syrian facility was a nuclear reactor.

"The director general deplores the fact that this information was not provided to the agency in a timely manner, in accordance with the agency's responsibilities under the nuclear Non-Proliferation Treaty (NPT), to enable it to verify its veracity and establish the facts," ElBaradei wrote, noting the IAEA was responsible for verifying allegations of a country's pursuit of nuclear weapons.

"The director general views the unilateral use of force by Israel as undermining the due process of verification that is at the heart of the non-proliferation regime."

Translation: You didn't give us time to tip off the Syrians so they could hide everything, then let us bumble in and claim there was never anything there.

Seriously. Why does the IAEA, who was wrong on Iraq, wrong on Iran, wrong on North Korea, and wrong on Pakistan, think anyone but itself should take it seriously any more? Even if they could do anything, it's not like they would -- unless the country they're investigating is the United States.
Posted by North Dallas Thirty at 1:51 PM No comments:

This is an interesting follow-up to a topic Famous Author Rob Byrnes reported on a few days ago about a mother who was being publicly castigated for allowing her nine-year-old to ride the New York subway system alone.

Part of this is the fact that, thanks to growing up in the hinterlands with a family that believed in procreation as an employee recruitment technique, by the time I was nine, I was operating all manner of farm machinery in the process of plowing, hauling, and mowing, much less riding the subway.

But the other part of it is that, because my parents DIDN'T feel the need to watch me every second, there were plenty of opportunities to go off and find things like creeks, frogs, snakes, trees, grass, quiet spots, and unobserved places where a young lad could learn, imagine, dream, build creativity, and work off energy before it became fat.

I don't think that's happening for today's sanitized and overscheduled kids. Maybe more voices like Lenore's can reverse that trend.

But she might consider doing something about the hair.
Posted by North Dallas Thirty at 1:46 AM No comments:

I had to laugh at the inanity of this story.

The spin starts in just the first two sentences.

Republican Sen. John McCain, campaigning through poverty-stricken cities and towns, said Wednesday he opposes a Senate bill that seeks equal pay for women because it would lead to more lawsuits.

The Senate had scheduled a late Wednesday vote on the measure, which would make it easier for women to sue their employers for pay discrimination.

First, there is already a law on the books -- called, oddly enough, the Equal Pay Act -- that makes it illegal to discriminate in pay on the basis of gender when people are performing jobs that require equal effort, skill, and responsibility, and which are performed under similar working conditions.

The current bill is the result of a 2007 Supreme Court decision, Ledbetter v. Goodyear Tire & Rubber Co., Inc., in which the Court held that, in order to make a claim of pay discrimination under the law, you must do so in a timely fashion, as the laws require.

However, the Democrat Party-sponsored law, written in a clear attempt to pander, effectively eliminates the time requirement by making it restart with each paycheck thereafter. Furthermore, it allows, not just the employee themselves, but anyone who was "affected" by a pay decision, to file a lawsuit.

Put bluntly, if this passes, you can now file a pay discrimination claim on behalf of your dead grandfather for the fact that he didn't get a raise sixty years ago. Notice how that fact, plus the obvious consequence of an explosion of such lawsuits, is scrupulously avoided in the article.

Probably because most Americans have a bit more sense of fairness than that.

Update: So does, as it turns out, enough of the Senate.

And I love how Barbara Mikulski screams about a "revolution". I, for one, think it should start with someone filing a lawsuit against her parents and their grocery store for a "discriminatory" pay decision they had made thirty years earlier.

After all, she should support that, shouldn't she?
Posted by North Dallas Thirty at 6:14 PM No comments:

.....at least in the minds of some voting Americans.

Patrick Killelea has been blogging about the housing bubble at Patrick.net for four years from San Francisco, where it takes a not-so-small fortune to buy.

"Bailouts reward bad behavior. I've been diligently saving, denying myself lots of things so I can afford to buy, yet the government is saying we have to keep all these people in their homes," said the Web site programmer and author. "Well, wait a minute! Why can't I spend more than I can afford and have the government bail me out."

Which is good, considering the massive potential rock already looming onto which the economy could run -- and the fact that the Democrat Party solution is to steer towards it.
Posted by North Dallas Thirty at 11:58 AM No comments: 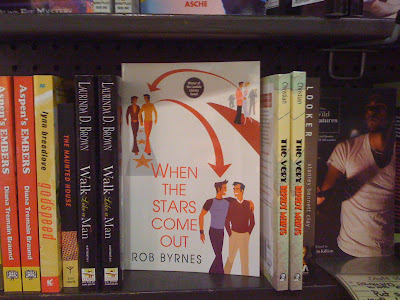 Which, as we notice, is far, far better than at that other bookstore, which also refuses to carry certain controversial authors.
Posted by North Dallas Thirty at 1:28 AM No comments:

San Francisco is expected to suffer a $9.3 million budget hit in the wake of the federal audit that found the city reaped millions of dollars without justification to prosecute border-related crimes, city officials said Friday.

Federal officials released an audit last week that found that the city was not entitled to any of the millions it got over three years under the Southwest Border Prosecution Initiative grant program, which repays local authorities in border states for handling prosecutions on behalf of federal authorities.

U.S. Justice Department auditors said there was no evidence federal prosecutors had referred any criminal cases to San Francisco and that the city had simply estimated how much it deserved.

The pure mendacity and incompetence of the entire scheme is typical of the City's government -- but what idiot Federal apparatchik was approving money for reimbursing border enforcement and prosecution cases to the most vocal and law-flaunting "sanctuary city" in the country?

How Quickly They Forget...If They Ever Recognized In the First Place

Geoff Kors (rhymes with a six-letter word for "prostitutes") and the rest of his "Equality" California types are all aflutter over the fact that yesterday, Governor Arnold Schwarzenegger made it clear that he opposes any attempts to amend the California Constitution to ban gay marriage.

Which is only the same thing Schwarzenegger has been saying for the past four years.

Problem is, the gay liberals have been stupid enough to believe that a governor who is quite obviously aware of California's Proposition 22 and the fact that the state constitution stipulates that it can only be changed or overruled by a similar ballot proposition is just going to let them push through an illegal marriage law -- and have reacted with screams of "antigay" and "homophobic" when Schwarzenegger has schooled them in reality.

Ironic, when one considers what they endorse and claim to be "pro-gay" and "gay-supportive".

The fact that Schwarzenegger still gives gay people the time of day, given the hate thrown at him by the leftist hypocrites like Kors, is a tribute to the gay people on his staff, all of whom have taken similar unjustified abuse from gay liberals.

Thank you, Governor.
Posted by North Dallas Thirty at 12:05 PM No comments:

A Picture Is Worth...Well, You Know

Don Asmussen's Bad Reporter comic for today sums up world news far better than anything anyone else could possibly say.
Posted by North Dallas Thirty at 6:24 PM No comments:

This Will Surprise a Few People


How Cynical Are You?

h/t Jamie and QJ
Posted by North Dallas Thirty at 5:18 PM No comments:

Tomorrow, the sign goes up: "EASY TARGET. JIHADISTS, COME AS YOU ARE."

And it gets better.

Bridge manager Kary Witt said cameras are trained on the span, but that authorities at first didn't realize what the protesters were doing because they wore "ordinary" clothing and pushed a baby stroller. Their "Team Tibet" T-shirts were covered, and their banners and climbing gear were disguised by the stroller, he said.

Posted by North Dallas Thirty at 5:05 PM No comments:

It appears there is no limit to which Obama and the compliant media will go to attempt to make his hatemongering racist "mentor" appear what he isn't.

Blaming people who reported on Wright for being racists didn't work.

Now the argument is that Wright represents "normal" for black people and that anyone who doesn't teach exactly what Wright does -- which would be the vast and overwhelming majority of black religious leaders -- is an apostate who's turned their back on Martin Luther King.

Sort of the modernized and updated version of calling them "Uncle Toms".

First it was Obama's grandmother; now it is religious black people.

Who is Obama going to throw under the bus for his supporters next?
Posted by North Dallas Thirty at 11:56 AM No comments:

History Could Repeat Itself

But not quite in the way the Democrats are thinking.
Posted by North Dallas Thirty at 1:20 AM No comments:

Bar none, the sweetest thought of the week.

Granted, it turned out to be an April Fool's joke, but obviously that should never be allowed to intrude on the fantasy.
Posted by North Dallas Thirty at 1:12 PM No comments:

Posted by North Dallas Thirty at 1:40 AM No comments: